What is Plastic Injection Molding And How Does it Work?

The injection molding process mainly consists of 6 stages, including mold closing - filling - holding pressure - cooling - mold opening --Demolding. These six stages directly determine the molding quality of the products, and these six stages are a complete and continuous process. 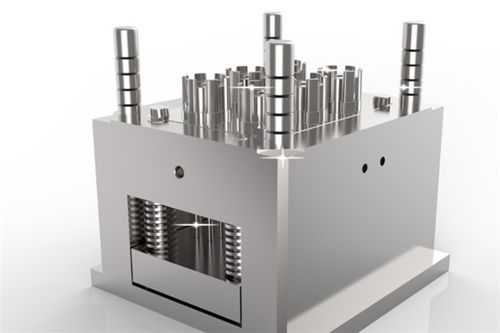 Filling is the first step in the whole injection molding cycle, and the time is counted from the start of injection molding when the mold is closed until the mold cavity is filled to about 95%. Theoretically, the shorter the filling time, the higher the molding efficiency; however, in actual production, the molding time is subject to many conditions.

High-speed filling. High speed filling with high shear rate, plastic due to shear thinning effect and the presence of viscosity decline, so that the overall flow resistance to reduce; local viscous heating effect will also make the thickness of the curing layer thinner. Therefore, in the flow control phase, the filling behavior often depends on the volume size to be filled. That is, in the flow control phase, the shear thinning effect of the melt is often large due to high speed filling, while the cooling effect of thin walls is not obvious, so the utility of the rate prevails.

Low-rate filling. Heat transfer controlled low speed filling has a lower shear rate, higher local viscosity and higher flow resistance. Due to the slower rate of thermoplastic replenishment, the flow is slower, so that the heat transfer effect is more pronounced, and heat is quickly taken away for the cold mold wall. Together with a smaller amount of viscous heating phenomenon, the thickness of the curing layer is thicker, and further increase the flow resistance at the thinner part of the wall.

Due to the fountain flow, in front of the flow wave of plastic polymer chain row to almost parallel to the front of the flow wave. Therefore, when the two molten plastics intersect, the polymer chains at the contact surface are parallel to each other; together with the different nature of the two molten plastics, resulting in a microscopically poor structural strength of the melt intersection area. When the part is placed at a proper angle under light and observed with the naked eye, it can be found that there are obvious joint lines, which is the formation mechanism of melt marks. The fusion marks not only affect the appearance of the plastic part, but also have a loose microstructure, which can easily cause stress concentration, thus reducing the strength of the part and making it fracture.

In injection molding, the design of cooling system is very important. This is because only when the molded plastic products are cooled and cured to a certain rigidity, the plastic products can be released from the mold to avoid deformation due to external forces. Since cooling time accounts for about 70% to 80% of the whole molding cycle, a well-designed cooling system can significantly shorten the molding time, improve injection molding productivity and reduce costs. Improperly designed cooling system will make the molding time longer and increase the cost; uneven cooling will further cause warping and deformation of plastic products.

According to experiments, the heat entering the mold from the melt is emitted in two parts, a part of 5% is transferred to the atmosphere by radiation and convection, and the remaining 95% is conducted from the melt to the mold. Plastic products in the mold due to the role of cooling water pipe, heat from the plastic in the mold cavity through heat conduction through the mold frame to the cooling water pipe, and then through thermal convection by the coolant away. The small amount of heat that is not carried away by the cooling water continues to be conducted in the mold until it is dissipated in the air after contacting the outside world.

Factors that affect the cooling rate of the product are:

Mold material and its cooling method. Mold material, including mold core, cavity material and mold frame material, has a great influence on cooling rate. The higher the heat conduction coefficient of mold material, the better the effect of heat transfer from plastic in unit time, and the shorter the cooling time.

The cooling channel should be designed in such a way that the cooling effect is uniform and rapid.

The purpose of the cooling system is to maintain proper and efficient cooling of the mold. Cooling holes should be of standard size to facilitate processing and assembly.

When designing a cooling system, the mold designer must determine the following design parameters based on the wall thickness and volume of the molded part - the location and size of the cooling holes, the length of the holes, the type of holes, the configuration and connection of the holes, and the flow rate and heat transfer properties of the coolant.

Demolding is the last part of an injection molding cycle. Although the product has been cold-set, demolding still has an important impact on the quality of the product. Improper demolding may lead to uneven force during demolding and deformation of the product during ejection. There are two main ways of demoulding: top bar demoulding and stripping plate demoulding. When designing the mold, we should choose the suitable demoulding method according to the structural characteristics of the product to ensure the product quality.

The stripping plate is generally used for the demolding of deep-cavity thin-walled containers and transparent products that do not allow traces of push rod. The characteristics of this mechanism are large and uniform demolding force, smooth movement and no obvious traces left behind.

TEAM MFG is a rapid manufacturing company who specializes in ODM and OEM starts in 2015.